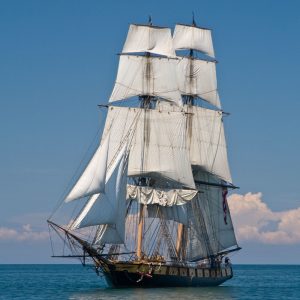 Tall ships are on the horizon again.

The Festival of Sail will bring as many as 15 of the world’s largest sailing ships to Tacoma in 2017.

The event is a reiteration of the tall ships festivals that enthralled hundreds of thousands of spectators along Tacoma’s waterfront in 2005 and 2008.

Members of an ad hoc committee have been meeting for 18 months and are days away from inking contracts, according to festival organizers.

“We’re not going to have the little small sloops that we’ve had too many of in the past,” said Stan Selden, a co-chairman of the committee.

“They’re all going to be remarkable yawls, ketches and barques — multiple-masted ships that are of interest to the public.”

The 2008 festival left a deficit of $500,000. This time the committee is changing the way the festival is organized.

The group has hired Duluth-based Draw Events to produce the festival. Draw has been producing tall ships events since 2010, including festivals in Philadelphia and Los Angeles.

Draw CEO Craig Samborski said 11 ships have been confirmed for the Tacoma event and he expects three or four more.

“We’re full with ships. We don’t need to recruit anymore,” Samborski said. “There’s a lot of excitement in the ship world about this event in the Pacific Northwest.”

Samborski was in Tacoma recently to meet with the committee and city officials planning the event.

“We’re getting the site nailed down and (the city’s) commitment nailed down,” Samborski said. “We’re at the point now where we’re going to start advertising in a couple of months and getting the website up and selling tickets.” 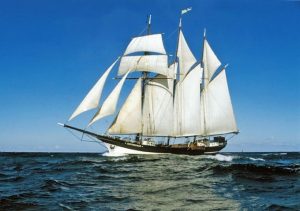 Organizers and city officials have been discussing traffic, parking, safety and other issues for the gated and ticketed event. The city has committed to about $100,000 of in-kind services such as police and fire protection.

The festival is not a city-sponsored event, but Thoms and other officials are participants in the ad hoc group.

“The main concern is to ensure that this is a financially viable and privately funded event,” Noguera said.

“The city’s approach this time has been much more comprehensive,” he said. “We’ve had numerous meetings. Ricardo is always at them.”

The city doesn’t want to leave anything to chance.

“Instead of a having a group of citizens who think they know what they need, the city is saying, ‘Here’s what you need,’ ” Thoms said. 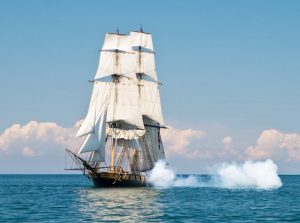 So far, the city has not pledged any funds to the event.

City Manager T.C. Broadnax “does not want to commit dollars that do not exist,” Thoms said, referring to the city budget.

“It’s to be determined what the committee comes to the city for, for any additional financial support,” Thoms said. “But that hasn’t curtailed the event.”

Samborski estimates it will cost $1.8 million to put on the event.

“We haven’t been raising money yet, as tickets are not on sale and we have not finalized our city agreement, but we will very soon,” he said.

Tall ships festivals are usually organized at several ports in a geographical area, such as the North American west coast. Ships move from port to port, but each lineup is unique, with ships dropping in and out, depending on schedules.

Samborski is producing Tall Ships Duluth in August, part of a Great Lakes series. He expects that festival to bring in $15 million from outside sources. 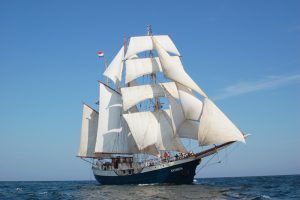 Whatever Tacoma contributes, it will get back in tourism taxes, Samborski said. The festivals draw many out-of-the-area visitors.

“Our overall goal is to create a destination event,” he said.

Because no ship contracts have been signed yet for the Tacoma event, Samborski said he can’t reveal any names. But he expects four Class A ships — square-rigged vessels no less than 131 feet long. At least one will be from Europe.

Most of the other ships will be smaller, traditionally rigged sailing vessels.

“We’ve got two coming from Grays Harbor, and that’s no secret who they are,” he said.

Grays Harbor is home to the Lady Washington and her sister ship, the Hawaiian Chieftain.

“We’ve been in discussion with Craig for at least six months,” he said of Samborski. “He’s a businessman, he’s very methodical, he’s very serious.”

The Lady Washington and the Hawaiian Chieftain are on every festival’s dance card, Follansbee said.

“We’re blessed with popularity,” he said. “Everybody wants us to be at their port and at the same time.” But Tacoma remains a favorite port, he said, with a substantial fan base for the two ships.

Two other ships in negotiation for the festival are the twin brigantines belonging to the Los Angeles Maritime Institute. The institute’s executive director, Bruce Heyman, is in talks with Samborski.

“I’ve worked with Craig many times in the past on very successful events down here in Los Angeles,” Heyman said. “I look forward to working with him and coming up there.”

The institute’s two 110-foot wooden boats, the Irving Johnson and the Exy Johnson, are the official tall ships of Los Angeles.

In past Tacoma festivals, vessels such as Mexico’s Cuauhtemoc and Russia’s Pallada have wowed crowds.

Though many details still are being worked out, organizers said some elements of the festival have been determined:

As in years past, a Parade of Sail will open the Tacoma festival on June 15. The highly visual event musters all of the participating vessels into one long line of ships sailing from Vashon Island into Tacoma. It’s a photographer’s dream.

The festival will allow would-be sailors to crew — or just sail on — some of the ships.

During the following days of the festival 90-minute sailings will be available.

Education programs during the festival will cover topics from knot-tying to ship-rigging.

Smaller ships will be docked as far south as the Museum of Glass, which is already in on the festival. Katie Buckingham, a curatorial assistant for the glass museum, said it is planning special events.

The exhibit, “Into the Deep,” will open at the museum in September and will run for a year. It incorporates the work of several artists who use glass to capture the movements, textures and color of underwater environments.

“It’s a nice, happy accident for us,” Buckingham said.

For the opening, Hilltop Artists will hold a hands-on workshop making glass floats.

“If that goes well, we’re hoping that will be one of the programs for the festival,” she said.

To bring tall ships back to Tacoma, Selden and co-chairman Wendell Stroud formed the ad hoc committee in 2014. It now has a core membership of about 30.

Selden said every group he’s enlisted to help plan the event has been enthusiastic.

“I have yet to receive a negative comment from anybody about doing it again,” he said.

The committee is not affiliated with the Tall Ships umbrella organization that gave its name to the first two events in Tacoma.

“It’s a significant licensing fee,” Samborski said. “We just made a decision that we don’t really need it.”

The inaugural 2005 Tall Ships Festival drew 700,000 people and, despite some novice mistakes, was a success for the region.

But the 2008 Tall Ships festival, which attracted 300,000 people racked up about $500,000 in debt (now paid off or written down) because attendance was lower than expected.

Organizers blamed the weather, conflict with the Fourth of July weekend and other factors.

A planned 2011 festival was under discussion but the continuing recession eventually sunk the idea.

Word is already out about the 2017 festival,

“We’ve got a fair amount of volunteers emailing us already,” Samborski said.

Meanwhile, councilman Thoms, an officer in the U.S. Navy Reserve, is bullish on another chance to show off Tacoma’s waterfront.

“Tacoma’s greatest asset is its proximity to the water,” he said. “Anytime we can get people to focus on our waterfront here, I’m a 110 percent behind it.”

Where: Along the Foss Waterway in Tacoma.

Who’s coming: Up to 15 of the world’s largest sailing ships.

Costs: Festival producer Craig Samborski said tickets will be identical to those at a tall ships festival this summer in Duluth, Minnesota.

Ticket prices will begin with a single-day festival pass of $9. Other ticket options include entry onto ships for $12, a day sail pass for $95 and a Parade of Sail passenger ticket for $150.

Tickets will go on sale in the coming months.

Marine Graphics has been producing mail order boat names since the dawn of the web in 1993. Homegrown in the Pacific Northwest. Contact us for work on your graphics, detailing, or web strategies.

Find awesome listings near you!